Glow in the dark filaments for 3D printing are fun materials to use when you want to try printing your designs that can glow in the dark. They are easy to print and don’t need any special attention.

3D printing is an exciting endeavor where you can print out your various designs. There are plenty of 3D printing materials that you can choose from. Each of these filaments for 3D printing have their own strengths and features that make them fitting for certain print designs.

What are Glow in the Dark 3D Filaments?

Glow in the dark 3D printing filaments can either be ABS or PLA filaments that have an additional phosphorescent material. This material is what makes it possible for the filament, and the prints made from it, to glow in the dark.

Makers of GITD materials for 3D printing usually add strontium aluminte, calcium sulfide, and zinc sulfide pigments in the PLA or ABS filaments. These added pigments allow the materials to glow in the dark for a certain period after being exposed to light.

How Do Object Glow in the Dark?

Scientifically, the glowing that happens with the GITD materials are called phosphorescence. It is a process where energy is being absorbed by a particular substance. It is then released slowly through light or what we commonly refer to as “glowing.”

Phosphorescence is really a very particular kind of photoluminescence. And even though the 3D printing filament will be needing light such as electromagnetic radiation so that it will be charged, you don’t have to worry if this material is not safe just because of the term “radiation.”

What this simply means is that the pigments get to absorb the light source’s photons. These will then be re-emitted when the objects “glow in the dark.” So, you don’t have to worry if such materials are dangerous. They are perfectly safe and free of any danger.

Printing with Glow in the Dark Filaments

If you need to make adjustments, then you can fine-tune the extruder as well as the temperature of the print bed. But rarely would you find this necessary. You really won’t expect much difficulty in 3D printing glow in the dark filaments.

Other Tips for Printing GITD Filaments

You should be aware that the GITD filaments might look a bit different when they receive exposure to daylight as compared to when they are glowing in the dark. An example here is that the filaments with green glow will have a translucent or whitish appearance. This makes it a bit challenging to see any issues while the design is being printed.

To be able to get the best prints made of glow in the dark filaments, it is best if you slice the prints with little to no infill while you are adding a bit more shells than normal. When the walls of the 3D print are thicker, then it will be able to glow better in the dark.

Before buying a GITD filament, you should be aware that this kind of filament will be needing to absorb ultraviolent light so that it can glow brightly. It is common for users to complain that their GITD filaments don’t glow in the dark so well. But this is not really because of the filament itself.

You need to charge the print made of glow in the dark filaments well. For example, if you just expose them to LED lights, then you can expect that the glow will not be so bright. But try exposing them to an incandescent bulb or sunlight and you will notice a big difference. They need to be exposed to sources of light that have UV light.

Now that you know how to charge the GITD prints properly so that they will truly glow in the dark, here are some of the best brands to choose from for your glow in the dark 3D designs. We have here Hatchbox, 3D Solutech, and Gizmo Dorks. Let’s take a look at their features.

1. Hatchbox Glow in the Dark Filament

Hatchbox produces one of the best-rated GITD filaments on the market, particularly on Amazon. It has hundreds of positive reviews so you can expect great results if you will be using this filament brand. It’s not just with this particular filament really. Hatchbox is known to supply high-quality 3D printing filaments in general.

If you are looking for a really bright GITD filament, then this one from 3D Solutech is a product that you should try for yourself. They don’t skimp on the additives placed in the filament so that you can get the most glow out of them. Again, it also depends on how your GITD prints were charged. Make sure to expose them to UV light so that they will glow brightly.

Just like 3D Solutech, Gizmo Dorks GITD filaments are great and you can expect them to glow brightly. But the key here really is good exposure to UV light. Gizmo Dorks make the list for their satisfactory products as well as their excellent customer service. If you ever have any questions about your order, you can be sure that there is a representative from Gizmo Dorks who can help.

You will surely have fun printing with glow in the dark filaments. The secret is finding ones that are of good quality. You can try out the brands listed above as they have proven that they produce satisfactory 3D printing filaments like GITD filaments. To get the best glow from your prints, don’t forget to give them enough exposure to UV light from the sun or an incandescent bulb. 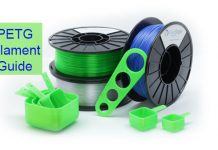 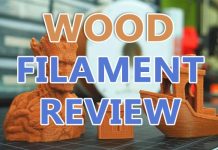 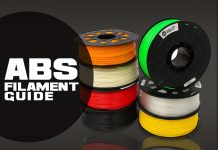 Not sure what's the best speed for your 3D printing project? Do you want to know how to figure out the perfect 3D print...

3D Printable Art: How Do Artists Use 3D Printing?

3D Printing Purpose: What Is A 3D Printer Used For? How...

3D Printable Art: How Do Artists Use 3D Printing?

3D Printing Purpose: What Is A 3D Printer Used For? How...