3D printing has a rich history. It started from an imperfect machine and ended up into something that can bring to life anything you have in mind.

Have you wondered how 3D printing has started? If you do, then this page is for you. Continue reading as we take you to a trip down memory lane from how 3D printing starts, progresses and develops into what it is today.

3D printing is one of the growing industries today because it can produce almost anything from toys, accessories, sneakers, guns, wheelchairs and even organs like hearts. Yes, almost everything is possible with 3D printing.

Can you imagine the world where everything is possible? We are closer to that world with 3D printing.

What is 3D Printing?

3D printing, also called additive manufacturing is a process of making three-dimensional solid objects using a digital file. Prior to coming up with the 3D object, it has to go through additive processes.

In the additive process, the object is created using several layers of material. Each of this layer is essential in the formation of the 3D object.

The layers are the thinly sliced horizontal cross-section of the object. So, basically, it’s just piling up layer by layer.

Charles Hull, co-founder of 3D Systems, initiated the development of 3D printing. He invented stereolithography, a process that produced a tangible 3D object from digital data. This technology is used to create a 3D model from a picture where users can test a design before investing in a larger version.

It made three-dimensional objects, layer by layer. The first machine was imperfect, but it was promising because it can manufacture highly complex parts.

They used a synthetic scaffold coated with the patient’s own cells. The process had little to no risk of rejection because it is made with the patient’s cell. This paved the way to developing new strategies for engineering organs.

2002 – The scientists created a mini-functional kidney that was capable of filtering blood and producing diluted urine in an animal. This development had led to bigger goals of producing organs and tissues using 3D printing technology.

2005 – Dr. Adrian Bowyer founded RepRap, an open-source initiative to create a 3D printer that can print most of its own components. The goal of the project was to distribute cheap RepRap units so individuals can create products on their own.

In the same year, a machine capable of printing multiple materials, including elastomers and polymers was created. The said machine also permits a single part to be made with different densities or material properties.

2008 – The first self-replicating printer came to life that allowed users to make more printers for family members or friends. In the same year, the first person with a 3D-printed prosthetic leg walked. All parts of the leg, knee, foot and socket were printed in the same complex structure without any assembly needed.

2010 – Engineers at the University of Southampton design and fly the world’s first 3D printed aircraft. The aircraft was only built in seven days with a budget of £5,000.

2011 – Urbee, the world’s first 3D-printed car was made. It is sleek, environmental-friendly and is designed to be fuel-efficient and inexpensive.

2012 – Professional from the Netherlands used a 3D printer to create a customized three-dimensional prosthetic lower jaw that was implanted into an 83-year old woman suffering from a chronic bone infection.

Stereolithography (SLA) – This 3D printing method is the first method in the history of 3D printing. It is the oldest but is still being used today.

Most printing techniques use a CAD file to process the object, which is then converted to a format that a printing machine can understand. In this technology, a software processes the CAD model and generates the STL file that contains the information for each layer.

The whole process includes a consequent printing layer by layer. There could be up to ten layers per each millimeter. Once all layers are printed, the object needs to be rinsed with a solvent and placed in an ultraviolet oven to finish the process.

DLP is similar to stereolithography. Larry Hornbeck of Texas Instruments created this technology in 1987. This is popular in the production of projectors and is applicable for cell phones and 3D printing as well.

DLP technology uses digital micromirrors laid out on a semiconductor chip. Although DLP and SLA both work with photopolymers, they use different sources of light. DLP uses more conventional sources like arc lamps.

Moreover, DLP uses a liquid crystal display panel that is being applied to the whole surface of the building material. The material for printing is a liquid plastic resin placed in the transparent resin container. The resin quickly hardens when exposed to a large amount of light.

FDM is the most popular technology in 3D printing. It allows you to print concept models and final end-use products with engineering-grade thermoplastic.

FDM is the only 3D printing technology that builds parts with production-grade thermoplastics that produces excellent mechanical, thermal and chemical qualities making it very useful and appealing to manufacturers and engineers.

FDM Technology builds a 3D object layer by layer from the bottom to the top by heating and extruding thermoplastic filament. The whole process is similar to stereolithography but slower.

This technology uses a special software to cut the CAD model into layers and calculate the way the printer extruder will build each layer. The printer will heat the thermoplastic up to its melting point and extrudes throughout the nozzle onto the base to build platform along the calculated path.

A computer will translate the dimension of the object into X, Y and Z coordinates and control the nozzle and the base, so that it follows the calculated path during printing.

This technology is used in automobile companies like Hyundai and BMW and food companies including Nestle and Dial. FDM technology is simple to use, and it can build complex geometries and cavities. Moreover, it is environment-friendly.

This technology uses a laser as a power source to form 3D objects. Carl Deckard, a student of Texas University and his professor Joe Beaman discovered this technology in 1980. SLS has some resemblance with SLA but they differ in the material used.

SLS uses powdered material instead of liquid resin. In addition, SLS does not use any support structures because the object being printed is already surrounded by unsintered powder.

Similar to other technologies, SLS starts with the creation of the CAD file, which is then converted into a .stl format using special software.

This technology allows nylon, ceramics, glass and metals like aluminum, steel or silver. Due to its wide variety of materials, SLS is popular for customizing 3D objects.

This technique also uses CAD data and builds a 3D object through a high-power laser beamthat fuses and melts metallic powders. Several sources consider SLM as a subcategory of SLS but the two technologies have major differences.

When the file is loaded, the printing machine’s software will assign parameters and values for construction of the path.

The fine metal powder is evenly distributed onto the plate and a high laser energy will be directed into it to fuse each slice of 2D layer image. The energy is so strong that the metal powder melts and forms a solid object.

The process repeats for the next layer until the product is complete. SLM uses the following metals: stainless steel, titanium, cobalt chrome, and aluminum.

SLM is widely used in objects with complex geometries and structures with thin walls and hidden voids or channels.

This technology is used in aerospace manufacturing and orthopedics but it is not widely distributed among households.

This technology is another type of additive manufacturing for metal parts. It is similar to SLM as it also uses a powder bed fusion technique.

However, instead of using a high-power laser beam as its power source, it uses an electron beam. This is the main difference between the two, the rest of the process is the same.

EBM is slow and expensive compared to SLM. Also, the materials are limited. Most materials used are commercially pure titanium, Inconel 718 and Inconel 625. This technology focuses on medical implants and aerospace area.

Helisys Inc., a California-based company, develops this rapid prototyping system. During LOM process layers of adhesive-coated paper, plastic or metal laminates are fused together through heat and pressure.

Then, they are cut into shapes with computer-controlled laser or knife. The post-processing of 3D printed parts includes machining and drilling.

This technology also starts with a CAD file that is later converted into an STL or 3DS format. LOM printers use continuous sheet coated with adhesive and laid down cross substrate with a heated roller.

The heated roller is passed over the material sheets on substrate melts the adhesive and the laser or knife will then trace it to its desired dimension.

When the layer is finished, it will move down and a new sheet will be processed. The process is repeated until the 3D object is fully printed.

LOM is not that popular but it is one of the most affordable and fastest 3D printing technology. Moreover, printing is low cost because it does not use expensive materials.

The Massachusetts Institute of Technology invented BJ 3D printing. This is called by many other names such as:

BJ uses two types of materials a powder-based material and a bonding agent. The “bonding” agent acts as a strong adhesive that holds the powder layers together.

The printer nozzles extrude the binder in a liquid form similar to a regular 2D inkjet printer. After completing each layer, the build plate lowers slightly to allow for the next one. The process is repeated until the process is finished.

This 3D printing technology doesn’t give you high-resolution or overly rugged 3D objects. But it allows you to print parts in full color.

BJ is being used in aerospace, automotive and medical industries.

Material Jetting is also called wax casting. Unlike the other 3D printing technologies no one invented MJ.

This is considered more of a technique than an actual printing process. Jewelers have used this for centuries to produce high-quality customizable jewelry.

MJ starts with a 3D model (CAD file). Once this is uploaded to the printer, the system does all the rest.

The printer adds molted (heated) wax to the aluminum build platform in controlled layers. It will be sweep evenly across the build area.

As soon as it lands on the build plate, it begins to cool down and solidify (UV light helps to cure the layers). As the 3D parts build-up, a gel-like material helps support it.

Once it’s done, you can easily remove the object by hand or by using powerful water jets. Once the part is complete, it can be used right away. No need for further post-curing.

This produce objects with good resolution. Polyjet MJ 3D printers are used mainly in the dental and jewelry industries.

The different kinds of 3D printers are determined by the technology used so their names are similar to what we already mentioned above. So when you look for types of 3D printers, you will probably get the same list as above.

3D printing is a very creative and useful technology. It has the potential to create almost anything you have in mind, making it a very good progress in the fields of engineering and medicine.

The types of 3d printers have evolved based on the technology used. What’s your favorite? Feel free to share it with us and help others decide what 3D printing machine should they get.

If you wish to learn more about 3D printing, feel free to check our homepage. 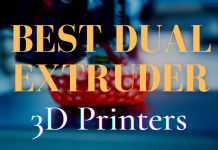 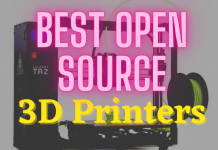 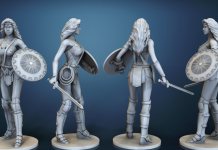 Are you looking for STL files to print? Do you want to know what's the best 3D model repositories? An STL (Standard Triangle Language) file...

13 Mind-Blowing 3D Printed Things You Will Find At The Rio...

10 Weird 3D Printed Objects You Do Not Know About